Marvel’s Daredevil is renewed for a second season! 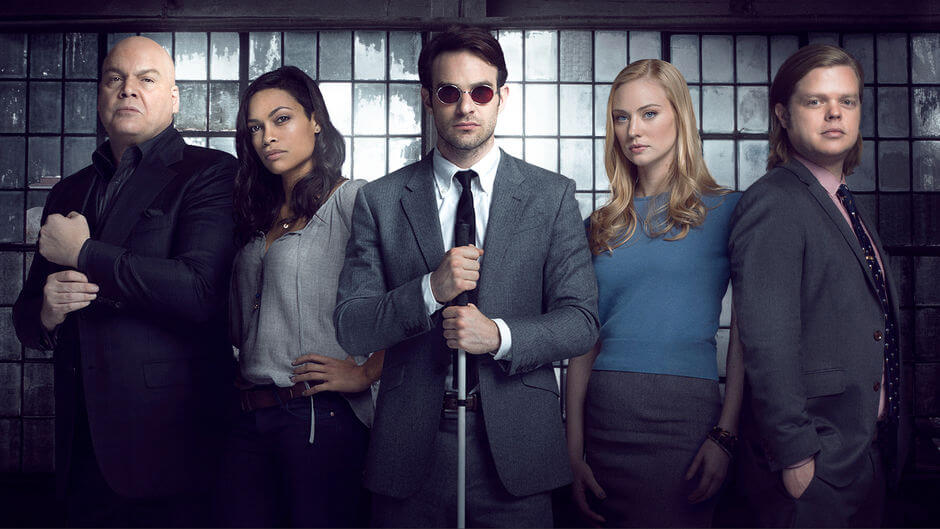 Less than forty-eight hours ago, the news broke that Marvel’s Daredevil had been renewed for a second season. While many of us had probably guessed this was coming, I have to say that it still felt like a big happy surprise when it was finally confirmed.

I can give no spoilers for Season 2! Although what I've heard about it is crazy cool! #AskDeKnight https://t.co/DkzWB8Pvst

The new show runners will be Doug Petrie and Marco Ramirez, both of whom also worked on this first season, and the next season should come to Netflix next year. Going by what Charlie Cox said in an interview with Empireonline.com, the schedule should look about the same as it did for the first season, with the filming happening during the last half of this year, and an air date next spring.

When time allows, I’ll have much more to say on this topic! In the mean time, I’ll get back to my single episode reviews tomorrow. Before I go, though, I just wanted to give you a head’s up on the news from the actual comic book side of things. There’s a preview of Daredevil #15 up here, an unlettered preview of next month’s Daredevil #15.1 here, and a look at the July solicitations, which include Daredevil #17, here. It has also been confirmed that Daredevil #18 will be Mark Waid and Chris Samnee’s final issue on the book.

One more thing: Thank you so much to everyone who has commented on the site over the last couple of weeks! Especially to all of you first-time commenters! Replying to all of your comments individually is another things that’s high up on my to do list for the weekend, but I apologize for the delay. It’s a busy, busy time to be a Daredevil fan! 😉