After the recent news that Javier Rodríguez will be leaving his coloring duties on Daredevil, with next month’s Daredevil #5 being his final issue in that capacity (he is the penciler of Daredevil #6 and #7), I’m sure I wasn’t the only one to be curious about who would fill those (big) shoes. Daredevil editor Ellie Pyle was kind enough to get in touch with me. This is what she had to say, with quotes from Matt himself and Chris Samnee!

The Daredevil team is pleased to announce that Mathew Wilson will be taking over as the full time colorist on Daredevil as of issue #8!

Javier Rodriguez has been a vital part of the Daredevil team for the last 45 issues, keeping the book beautifully consistent through different interior artists, but when he decided to focus on drawing full time (keep an eye on October’s solicits!) Matt Wilson was the first person I called! I’ve been a big fan of his recent work on Young Avengers and, of course, it was a chance to reunite the art team behind Thor: The Mighty Avenger.

Matt graciously accepted, saying:
“I was a big fan Chris Samnee’s work even before working with him. So I was shocked when he was one of the first artists I colored at Marvel, and was then lucky enough to do two series in a row with him. Since then I’ve colored some of his covers and short stories, but nothing on a regular basis. Now that I’m going to be on Daredevil I’m really excited to get his pages on a monthly basis. Besides getting to color Chris again, I’m also looking forward to joining the book in general. What Mark Waid and all the previous artists, including outgoing colorist Javier Rodriguez, have done on this run has been phenomenal work. It’s been some of my favorite super hero work over the past few years. I couldn’t be more thrilled to come on board!”

Artist Chris Samnee added:
“While we’re all sad to see Javier go, I only see great things in his future. And I have no doubt in my mind that having Matt come on board to fill the giant shoes Javi left behind is going to be fantastic.

Matt and I have known each other for a good long while now, since back when we were first just getting our feet in the comics door. We started out working on the Siege: Embedded miniseries and really hit our stride on Thor: The Mighty Avenger. Since then we’ve worked on a several sequential things over the years and scores of covers. He’s great at selling tone in mood through his colors and somehow always manages to make my stuff look even better than I ever could have imagined. He’s an amazing talent and we’re really lucky that have him joining the team.

Folks may have already seen his colors on the cover to Daredevil #8 or the recent 1.5 variant cover but I can’t wait for them to see what he brings to the interiors. I think it’s gonna blow everybody away.”

So stay tuned Hornheads! More stunningly colored issues are heading your way! And if you check out Matt’s work on the cover to #8, you can see we’ll be starting with one that’s particularly Purple.

Said with a smile,

For a look at that Daredevil #8 cover, in case you missed Marvel’s September solications yesterday, look no further. As a massive fan of the color purple, I heartily approve. Welcome to the world of Daredevil, Matt! I’m sure I speak for many of us when I say that Javier will be missed, but I’m very much looking forward to seeing what you’ll bring to this title. While the title character can’t appreciate your work, I’m sure all of us will! 😉 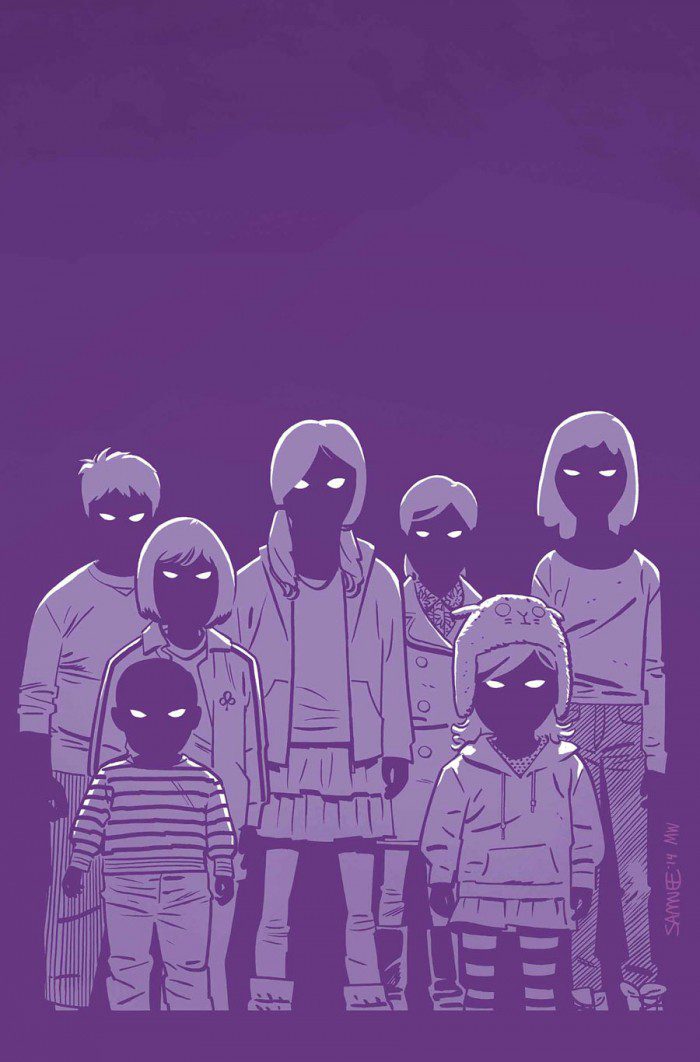