Hello all! Since it’s Christmas, I’ll keep this post nice and short, but I still wanted to take the time to wish everyone a very Merry Christmas and hope you’re all having a great holiday! If you don’t celebrate Christmas, then Happy Wednesday! (Of course, there are no comics today in most places, so if you take Christmas out of the equation, I guess it’s a worse than average Wednesday.) Oh, well. 😉

If you want to get a little spice of Daredevil to go with the treats, I recommend rereading Daredevil #7 (2011), by Mark Waid and Paolo Rivera, which sees Matt Murdock fight the elements after he and a group of blind children find themselves stranded after a bus crash, just before Christmas. That issue gets off to a nice enough start, however, with scenes from the Nelson & Murdock Christmas party. That’s more than can be said for the disastrous Christmas party Matt hosted at his house in Daredevil #206, which I wrote about a few years ago.

Speaking of bad Christmases, Matt had another one of those in Daredevil #229, by Frank Miller and David Mazzucchelli. The third installment of the landmark story arc Born Again sees Matt beaten up by regular lowlifes Turk and Grotto when he catches them stealing a Santa Claus costume from an unconscious man. This was after he dragged himself out of the river and almost lost his mind. See the key panels below! 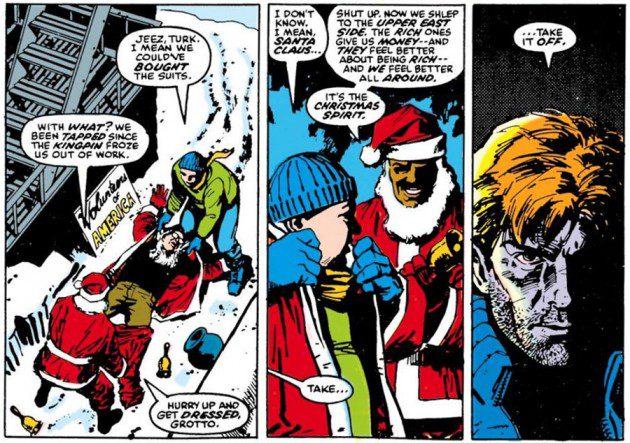 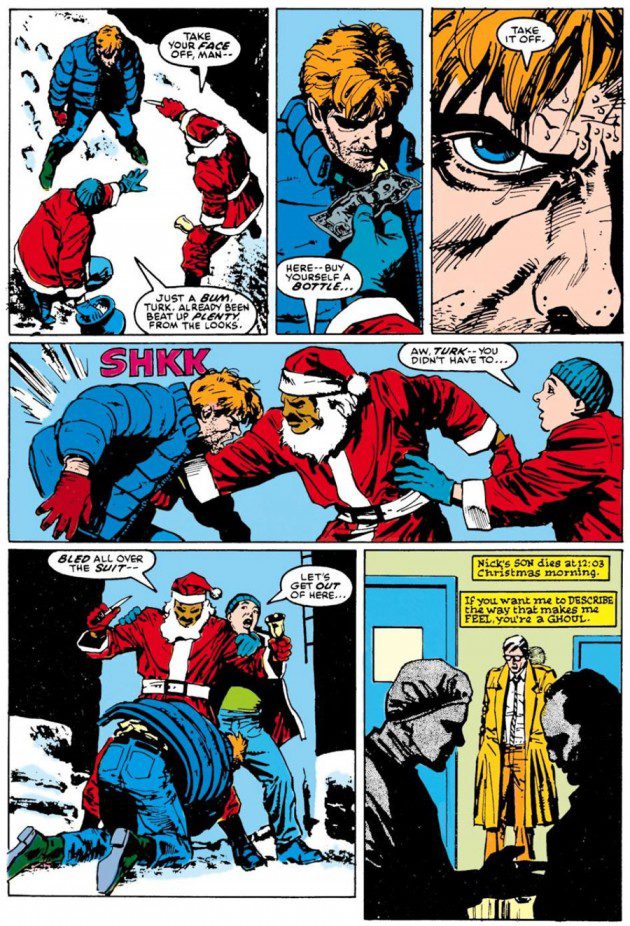 Okay, so this post may not have succeeded in spreading holiday cheer, but if your Christmas wasn’t everything you’d hoped, I hope you will at least find some solace in knowing that there are probably worse ways to spend it! 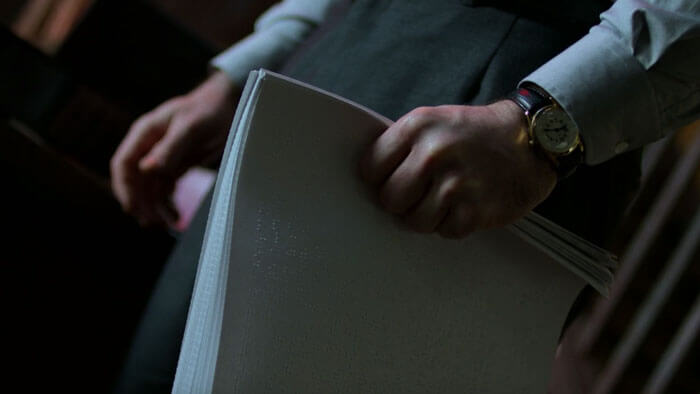