Daredevil at the Eisner and Harvey Awards 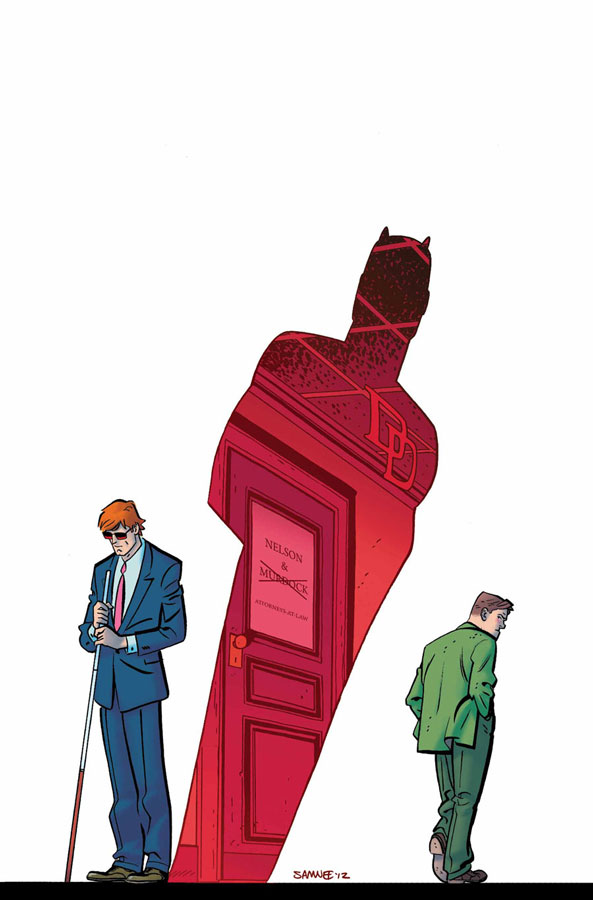 I hope you’re all doing well! I’ve been mostly “away from keyboard” for the week, busy helping my mother pack up her things for a big move. I will, however, be glued to my computer screen for the Superior Spider-Man panel at Comic Con International in San Diego which will get under way in less than an hour. The panel will also cover Daredevil, and Chris Samnee will be on it so if there is any Daredevil news to report, you can read about it on the Facebook page. Or possibly in a separate post tomorrow. 😉

In the meantime, I thought we’d just look at Daredevil’s award nominations heading into the Eisner Awards as the winners will be announced tomorrow night. As you might recall, Daredevil did really well last year with six nominations and three wins. This year, I’m keeping my fingers crossed for Chris Samnee, who is nominated in the Best Penciller/Inker category. We also have David Mazzucchelli’s Daredevil Born Again: Artist’s Edition which has been nominated in two categories: Best Archival Collection/project and Best Publication Design.

Later this year, on September 7, the results of the Harvey Awards will be announced at the Baltimore Comic Con. Daredevil and/or its creators are nominated in several categories, such as:

It’s great to see Daredevil make that kind of impact and I wish everyone nominated the best of luck! I will admit that it would have been great to see Javíer Rodriguez get a nod as well as his work has been spectacular as well.

I will check back with you guys as soon as there is news to report from San Diego!