Daredevil news, both good and sad

I woke up early this morning (it would have been late last evening in North America) to news that Gene Colan had passed away. While his old age – Colan reached a respectable 84 years – and recent string of health problems meant that this news wasn’t completely unexpected, it still felt like a bit of a shock. I don’t think there’s a hardcore Daredevil fan out there who doesn’t recognize the incredible contributions Colan made to the look and world of the Man Without Fear throughout all the many, many issues he worked on the series. I will get back to looking at some favorite Gene Colan moments tomorrow.

In other news, Marvel held a press conference/conference call today which they also made available to fans through a live blog on Marvel.com (available for playback on their site). Stephen Wacker, Mark Waid, Paolo Rivera and others participated in the conference and, due to the nature of the event itself, the major comic book news sites have slightly different – and complementary – takes on what was said exactly. I recommend you check out the “plain text” version that CBR has first before heading over to Newsarama to look at their live blog from the event (which in turn, is different from the one a Marvel.com).

Lots of new art was, including variant covers for coming issues, was on display as well. For the most convenient way of getting up to speed on the art, I recommend the gallery posted by Newsarama. 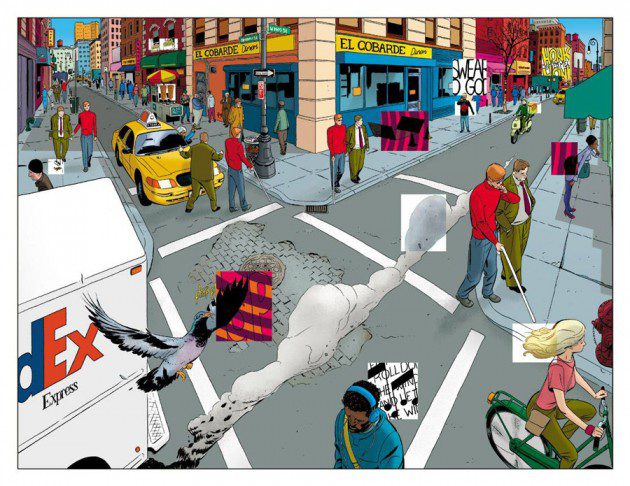